1
Women Smiling Together
Women's MiniWeek
August 7 -10
2022
About Women's MiniWeek
​The mission of Women’s MiniWeek is to provide an annual inter-generational retreat, offering refuge, friendship, relaxation, and fun.
The extended weekend event is best described by a participant who quietly remarked while in the back seat of a car on the way home, after having attending for several years, "MiniWeek is the very safest place any woman can be."
Women’s MiniWeek originated out of a perceived need to get women together to develop community across the churches within the Episcopal Diocese of Milwaukee and first played out on June 23-26,1977. Its primary function, according to early publicity, was for “instruction, worship, relaxation, and rest,” but over the years the scope has become much broader, welcoming any women from age 18 to 80+ who choose to come, and taking on a multitude of variations, depending on the women who plan it.
For the first six years the “retreat” was simply called Women’s MiniWeek, but a theme was added in 1983 and since then, the program often reflects whatever focus has been chosen. Activities often include opportunities for worship, education, discussion, quietness, nature walks, good food, campfires, singing, crafting, the beach, laughter, networking, and more---even naps!
The first Women’s MiniWeek was planned and hosted by St. Dunstan's Episcopal Church (Madison) and the Wisconsin Northwest Deanery of the Episcopal Church, although there has never been an official relationship with the Episcopal Diocese of Milwaukee and it has never provided financial support. (Women’s MiniWeek is self-funded, and we even offer scholarships for those who need some assistance.) Several years later, invitations were also sent to the women in the churches of the Diocese of Fond du Lac, but in truth, the experience is open to all women whether they have a church affiliation or not, and it has always been a multi-generational event including mothers, daughters, nieces, and now granddaughters! Attendees have numbered from 17 that first year to over 90, but we average about 50 - 60 women.
The location selected was a natural--Camp Webb, which in 1977 was owned by the Episcopal Church of the Diocese of Milwaukee, and operated mainly as a summer camp for children and families. The camp lies on the shore of Little Hills Lake near Wautoma, Wisconsin, and provides the perfect get-away from everyday routines in order to refresh one’s body, mind, and spirit. The camp is now owned independently and renamed “Camp Lakotah,” but it still holds the promise of friendships new and old, especially as many of the teen camp counselors from Camp Webb summers now attend as adults for an informal “reunion,” along with music leaders, camp nurses, and parents from those earlier days.
For many years the leadership of Women’s MiniWeek moved from parish to parish - each parish making a two-year commitment—and the retreat was held in the month of June. It is now planned by a team of women from several churches, who also commit to leading for two years, and the timing has moved to mid-Spring.
Activities are planned with great care to incorporate a variety of interests for all ages and to allow women to select only what they wish to participate in—individual, small group, and/or large group. But women are also welcome to just chill on the beach or disappear into their own personal agenda and only show up for meals—which are always delicious, especially when we don’t have to prepare them ourselves!
We hope you will consider attending Women’s MiniWeek this year and begin to make it an annual healthy tradition! Please click on the Registration tab above to download our most recent brochure and learn more. 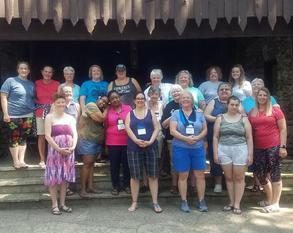 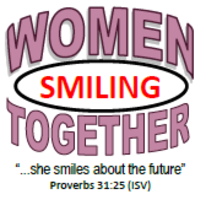 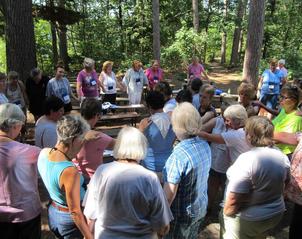 Mothers and Daughters attend together  (2018)